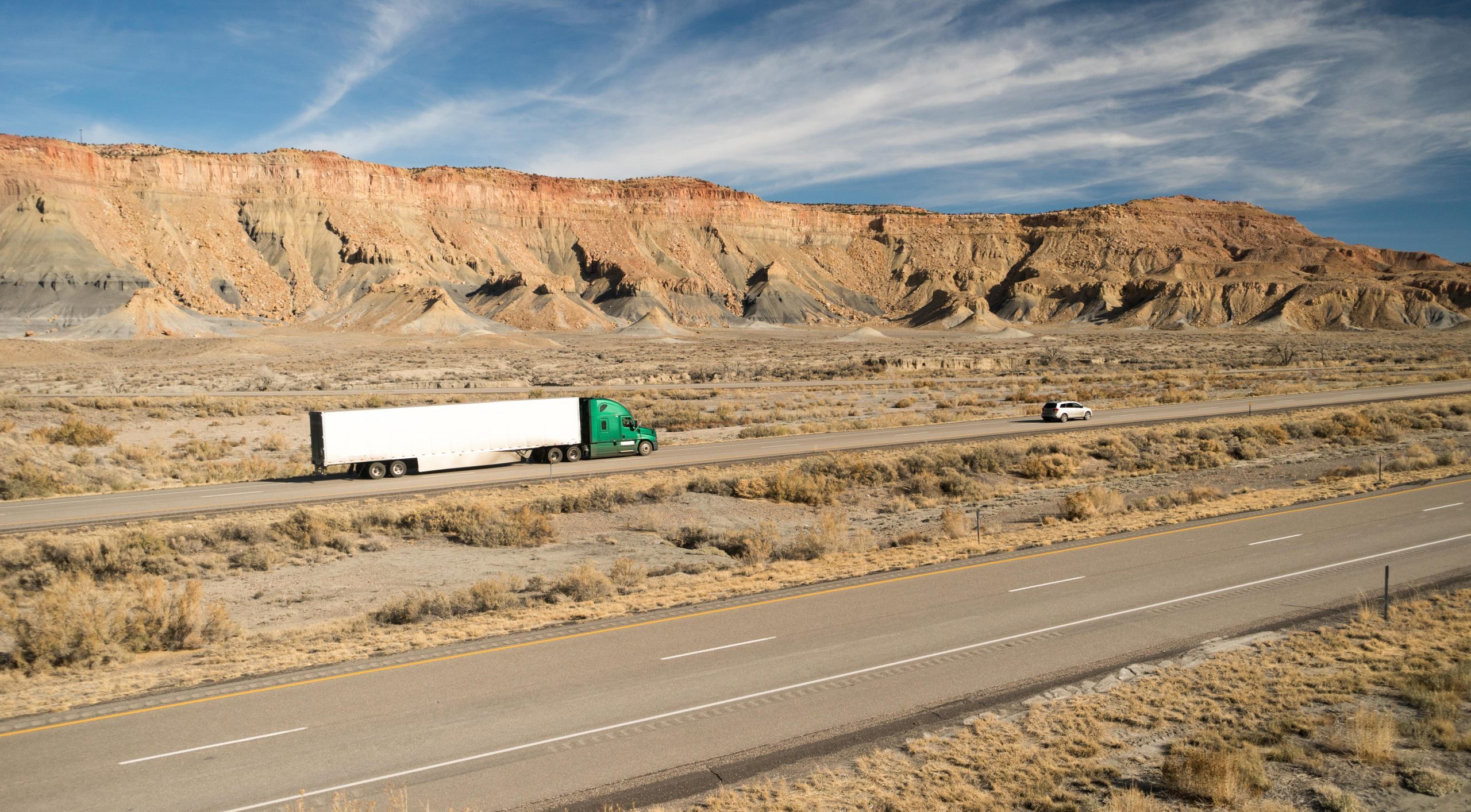 How Does EGR Affect Combustion in Diesel Trucks?

What is a Diesel Combustion Chamber in an HD Truck?

Most 18-wheeler and long-haul truck engines have 6 cylinders. Each cylinder includes an ICE diesel combustion chamber—an enclosed space where a fuel and air mixture burns to power the engine.* The piston compresses the air to make it denser and hotter, then diesel droplets are injected into the hot air. The heat ignites the fuel, and the controlled explosion forces the piston back down to create power for your engine. The leftover exhaust gas passes through the exhaust valve and on to the EGR. The power of the engine is dictated by how small the combustion chamber becomes when the intake and exhaust valves are closed and the piston has compressed the air as much as possible. A smaller chamber means more pressure, higher temperatures, and more power!

In a gasoline combustion chamber, the fuel is ignited with a spark plug. This is because gasoline is highly flammable, with a flashpoint of about -45°F. However, while all diesel is combustible (able to burn at or above 100°F), only certain grades are flammable (able to burn at under 100°F). A spark isn’t enough to ignite diesel, so diesel combustion chambers need very high levels of compression to get hot enough.

What is the EGR System?

The exhaust gas recirculation (EGR) system is an important part of the aftertreatment process in modern semi-trucks. However, the circular design means it could also be seen as a part of the combustion system. The EGR takes the exhaust from the combustion chamber, cools it in the EGR cooler, and returns part of it to the combustion chamber. This cooled exhaust replaces some of the oxygen that would normally be used to burn the fuel. This burns any diesel remaining in the exhaust, reducing NOx emissions and fuel consumption! By doing this, the EGR also lowers the soot levels in the exhaust, which means fewer regens. After all, regens are the truck’s way of cleaning the DPF by burning away the soot that accumulates on it.

Can EGR Affect the Combustion Chamber?

Diesel combustion chambers need a precise balance of heat, oxygen and fuel to work. The more fuel in the chamber, the hotter it needs to be to burn it. If the EGR lets too much cooled exhaust into the combustion chamber, it won’t be hot enough to completely burn the diesel! This partially burnt fuel could then reduce your fuel economy and clog up your aftertreatment system, emerging as black smoke. Worn piston rings in the combustion chamber can also leak unburnt fuel into the engine oil, causing rough idling!

Recirculating diesel exhaust through the combustion chamber means you use less fuel. But the cooled exhaust lowers combustion temperatures by up to 150°c and replaces some of the oxygen the engine uses to burn the diesel. This leads some people to believe that the EGR is negatively impacting their fuel economy and engine power. Surprisingly, this isn’t the case! The EGR valve opens and closes by degrees depending on the rate of combustion required. When you start the engine, hit high or full acceleration levels, or are pulling a heavy load and need extra torque, the EGR valve will be completely shut. This means when you need that extra power, your combustion chamber will receive the oxygen it needs to provide it!

The EGR valve opens gradually at lower speeds, using the exhaust to reduce combustion temperatures and fuel consumption. When the truck is stationary and idling, the EGR valve can be up to 95% open! This benefits your engine because idling is the lowest duty cycle, requiring the least power but producing exhaust with the highest concentration of soot and unburnt fuel. Because of this, excessive idle times also increase the likelihood of a clogged EGR valve or blocked EGR cooler. You can find out more about how idling affects your truck and how to reduce your idle times here.

How Does the EGR Cooler Impact Combustion?

However, if blocked oil coolant lines stop the coolant reaching the EGR cooler, the EGR will return very hot exhaust to the combustion chamber. This will enable overly hot combustion, reducing fuel efficiency at low speeds and when idling! This heat can also make the exhaust inlet valve stick open, letting exhaust flood the combustion chamber and disrupt the engine! Blocked oil coolant lines can also cause the EGR cooler to overheat and crack from the pressure. If the coolant inside leaks into the intake manifold and exhaust, it can even damage the aftertreatment system! If your scan tool flags up an EGR issue, it’s best to check your coolant lines as soon as possible to prevent a quick fix from becoming a major issue.

What Happens When Oil Leaks into the Combustion Chamber?

If you’re changing the engine oil increasingly often but can’t see any leaks around the engine or under the truck, the oil may be leaking into your combustion chamber and being burned with the fuel. This is increasingly common in older engines as their seals become worn or thin. When the oil meets the soot in the chamber, it forms a grimy sludge! If this sludge gets through the exhaust manifold into the EGR cooler, you’ll end up with clogged lines. EGR lines can also become clogged when excessive idling creates exhaust that’s over-rich with fuel and soot. If a blockage stops the exhaust from getting through, the growing pressure can cause the lines to split!

Over time, partially burnt oil can also build up in the combustion chamber. The inefficient combustion that follows can let excess unburnt oil or fuel reach your aftertreatment system. You’ll notice increased regens and excess black exhaust smoke from unburnt fuel, or blue exhaust smoke from unburnt oil. Find out more about this in our blog Causes and Symptoms of Black, White and Blue Diesel Exhaust Smoke.

A fully functioning EGR system should reduce diesel knock! However, a blocked EGR valve that’s stuck open will lead to increased diesel knock when you start the engine and during idle. Other symptoms of a clogged EGR valve to watch out for are increased fuel consumption, engine performance issues and excess soot in the exhaust!

What is Diesel Knock?

Most combustion engines, especially older ones, occasionally make knocking or pinging noises. This is particularly common in diesel engines, which rely on a precise balance of air, fuel, compression, pressure and heat in the combustion chamber. This combination triggers a controlled explosion, which channels power into the piston and pushes it down. An unusual knocking sound often indicates that the combustion chamber is too hot, or the pressure too intense. This causes fuel to ignite too quickly or slowly, forcing the piston down at the wrong angle. Over time, this can also damage the cam and crankshaft.

Most OTR diesel trucks have a knock sensor, (not to be confused with a NOx sensor), which alerts the ECU to knocking in the combustion chamber. The ECU will counteract the problem by adding more fuel or exhaust to cool down the chamber, or by changing the piston timing. However, if the knocking becomes persistent, gets worse, or triggers a DTC, it means the ECU hasn’t fixed the problem. In this case, you should scan for fault codes or get a mechanic to check the combustion chamber and EGR. Repeated misaligned compression can also damage the piston rings, combustion chamber and valve faces. Over time, this could break the connecting rods and rocker arms, and even cause a blown gasket. 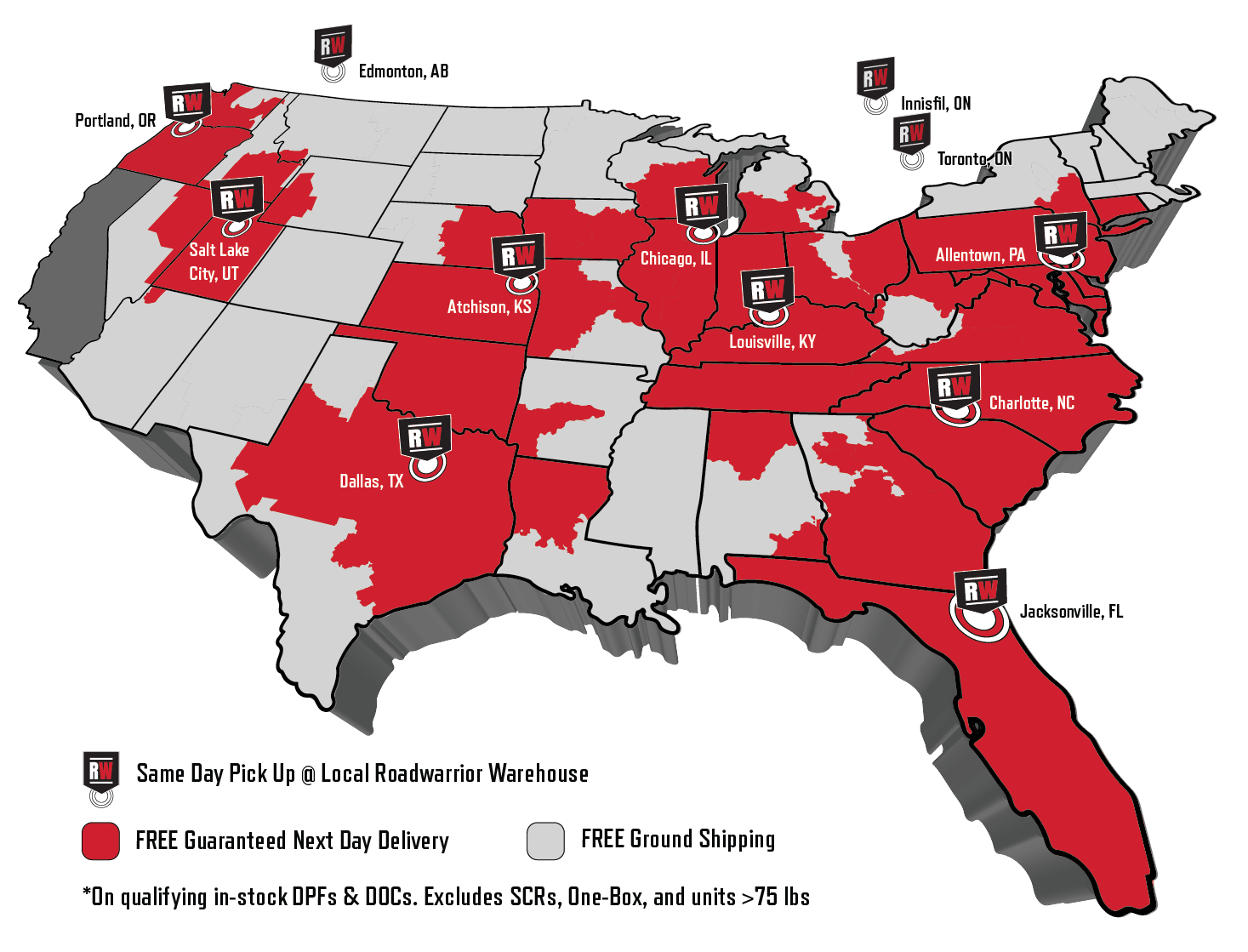